The home of the Raspberry Pi 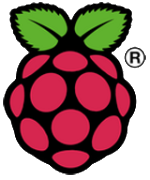 The tiny and affordable credit-card sized computer was borne out of an idea from Eben Upton, Rob Mullins, Jack Lang and Alan Mycroft (University of Cambridge Computer Laboratory). They had noticed an increasing decline in the numbers and skills levels of A level students that were applying to read Computer Science at University.

Things were very different from the 1990s, where students might also be hobbyist programmers, having had the chance to learn to code on computers such as the BBC Micros, Spectrum ZX and Commodore 64. The way in which student lessons at school were focusing on Word or Excel, and the rising cost of the home computer, which meant kids were not encouraged to experiment with home computers, all create a situation where students were no learning basic programming skills.

To find out more on the Raspberry Pi, go to their website http://www.raspberrypi.org